Choose Your Own Adventure - The Mendigans 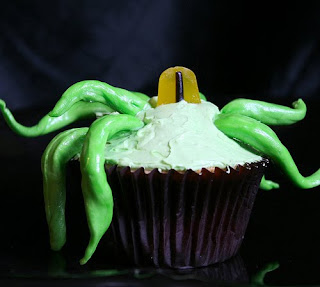 Do you remember those old "choose your own story" books? I used to love them!
So, Barry Northern decided to create a collaborative project between bloggers, in which you, the reader, decide what the main character, 14 year old Michael, will do. Each decision leads to a different blog and another installment, or an ending? ;)
If you like, start the story from the beginning at Barry's blog, or go backwards to Tony Noland's blog, Landless and track it to where it all started.
On the other hand, if you came from Tony's blog, you've chosen Option 2: Listen to Taylor Swift to learn about the secret plan.
Either way, have fun! ;D
Thin Clumsy Hands
The man fumbled in the stacks of CD’s. They winced at the falling CD cases and harrumphings; Latoya grabbed Michael’s arm.
He finally noticed their wide eyes, “Oh, sorry about that. It’s Janine, the girl who used to work here. She was the one who kept all the stuff organized.”
The teenagers relaxed a bit, but Latoya didn’t release Michael.
The brown bearded man continued, “You see, I let her go this morning. She was… you know…”
He shuddered vigorously, making his whole body shake like a wild snake. Michael and Latoya stifled a laugher.
The man’s eyebrows came together, “Sorry about that. Maybe I should present myself?” he said changing the subject, “My name is Toby Brown.” Looking down he extended his bony hand.
Latoya titled her head to look straight in his eyes as her father had taught her, but seeing the crimson raising in his cheeks she grabbed his hand rigidly and said looking at his neat nails, “Nice to meet you Mr. Brown, my name is Latoya--”
Michael elbowed her in the ribs, giving her a hard look, “I’m Michael. Nice to meet you sir.”
He took Mr. Brown’s hand like a grown man would do. The man flinched and Michael was surprised by the lightness of his handshake.
“Right, I should get back to work… I don’t understand why I can’t find Taylor Swift. She’s so popular!”
“Sir,” said Latoya attemptively, “I’m sorry to ask, but are you sure you’re looking in the right section?”
“Yes, yes, I sold her album just the other day. The country section should be right here!”
“Maybe there are more albums in the back?” tried Michael, “Do you have a storage room, sir?”
“You’re a smart boy, Michael. Why don’t you go over the country section again, just in case? I’ll be right over there,” he said, motioning to a narrow door behind them.
As they resumed the search, Latoya questioned Michael about his roughness, “What was that about?”
“We shouldn’t trust him just because he says he saw the aliens. Besides he looks a bit queer, don’t you think?”
This last remark got him a pursed lip, "Yeah, emo-boy," she snapped.
"I'm no emo, ok?" he whispered between gritted teeth, "I just think we should be more cautious, that's all. Besides, who's this Baa-guy anyway?”
“Do you think this could be a trap?”
“Shush!” he whispered, stepping closer.
“There! I got it!” yelled Mr. Brown from the door, startling the conspiring couple and provoking a girlish yelp from both Latoya and Michael.
"I’ve found only a few copies of her last album, but this should do."
*
It did them no good. It was all fragmented; all they could hear were sparse and broken words, “bewa… invasion… horrible… must…”
“There’s nothing we don’t know already!” said Michael, punching the floor where they’d all seated, "We've heard everything twice but nothing comes out of it!"
"Maybe we're missing something," said Mr. Brown.
Latoya tapped a finger on her lips, drawing Michael’s attention to them. Then she snapped her fingers, bringing him back to reality.
“What if they have been planning this invasion for a long time, and they are infiltrated in all music stores, destroying the messages put in the songs?”
“We’re listening,” said the men in unison. They looked at each other automatically; Michael looked back at Latoya, who was elaborating her idea.
“I mean, maybe they couldn’t get to the bigger stores, but the smaller ones would be an easier target, wouldn’t they?”
“So, we’ve reached a dead end,” said Michael, sighing. “This can't be happening!”
"Calm down emo-boy, I--"
"I've said I'm no emo." He pointed a stiff finger to his own head.
They all silenced. Suddenly Mr. Brown started humming. It seemed that he was battling against himself.
“Mr. Brown?” asked Latoya, with her sweetest voice. She didn’t want to startle him, setting up another snake fit.
“I have a friend from Wyomissing," said the older man, "we haven’t seen each other for a long time, but he knows the girl. He used to get all her albums in first hand; some were even signed as 'your friend Taylor'. I saw one myself. He lives a few blocks from here.”
Latoya’s face brightened.
“Or we could try the mall,” interrupted Michael, narrowing his eyes, “where there's a huge bookstore with CDs and DVD’s of all kinds.”
“So,” she asked, “what do we do?”
They all looked up as the door opened and an alien police officer entered.
*
So, what will you do?
1. Go find Mr. Brown’s friend.
2. Go to the mall.
Note: The fun image of the tentacle cupcake I found here. Psst! There's a recipe in there. ;)
Edited to add: If you felt a bit lost as to which thread leads where, Barry, the creator of this whole thing, made a graph to help us out (I'm confused too! lol). You can check it out here.
Posted by Mari at 4:04 AM