To close up Emma Newman's Week, read a review of her anthology, From Dark Places.


Please note that it's not because I'm grateful to Emma for her help that I'm not observing my review policy to the letter. Just saying.

Finally, Emma Newman's Week also features an interview and a story with a character of her book.
*

My first impression at opening the pdf file from which I read From Dark Places, by Emma Newman, was relief, followed by delight.
The old cliché says you shouldn't judge a book by its cover but it's nice to have a cover to try and not judge the book from it! Several ebooks I've read in pdf format were missing their covers and I found it very frustrating. Emma's book is complete in many senses, including the back cover, so I started the reading it with an extra dose of good mood. (I also liked the cover, but don't ask me if it made any difference in my general opinion on the book, because I won't tell.) Another good surprise was the book's layout, but if the book didn't disappoint me, it sure wasn't because of its good looks.
There are 25 stories in this anthology, the great majority of which are of the fantasy genre. 'From Dark Places', the story that gives title to the book, and 'Seeing Him Again', explore the (possible) mental illness of two different women; 'The Tenth Lord' gives a modern and strange look on fairy tales, something that could be happening to our neighbor; 'Sunday Lunch' is about family, sanity and the loss of a loved one. It gave me a big knot on the throat at the end. 'The Letter' is a goodbye by a hurt woman, which gave me several chuckles and left me wondering how the heck did the dog die. I'm still curious.
There are also gods and goddesses; death, the devil and angels show up in varied forms (as well as false ones) and there are zombies. I was pleased to learn that 'And Then There Were None' was published in this anthology, as it was one of my favorite entries for the Zombie Luv Contest. The take on love between the brainless undead (sorry for the pun) is very touching.


Most of the stories lead the reader to a false conclusion that will be clarified in the end with a humorous or creepy twist. As the reading progresses, it's impossible not to expect a twist in the end, which could diminish the reading experience if not for the author's creativity. Another ever-present element in this book is her love for tea;  it shows up in no less than seven stories and made me pause the reading to brew my own tea to keep the characters company.
Two stories have stayed with me longer, making my favorites (apart from the dog mystery in 'The Letter'): 'The Need to Create' is a very curious view on how god handles its creations and on the making of humanity most (in)famous historical characters. 'The Unwoven Heart' is a lovely story about loss and restoration with a twitch of magic. Devil shows up as a metaphor for grief, and the gathering of threads represents the healing process and the strength to move on with life. The story has a lyrical tone that made me smile.


'From Dark Places' is certainly a recommend, and I would love to see how the author handled longer fiction. '20 Years Later' is on my to-read list. 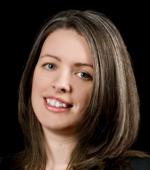 Emma drinks too much tea, has too many ideas and writes too many stories. You can find out more about her debut novel '20 Years Later' here. She blogs and gets up to all kinds of writing mischief at www.enewman.co.uk.
'From Dark Places' is available in print and e-book book formats. You can buy a signed copy from her website and if you like dark short stories, join Em's Short Story Club to get an original short story for free in your inbox every month.
Emma has recorded audio books for publishers and has narrated short stories for fiction podcasts. To find out more about her voice work go to www.enewman.co.uk/voice. You can  also find Emma on Twitter: @emapocalyptic.
Posted by Mari at 8:12 PM